Musicians have always had a love of Sci-Fi, since the 1960’s we’ve seen song after song influenced by man’s curiosity about space and what lies beyond the stars. From David Bowie’s haunting ‘Space Oddity’ to Babylon Zoo’s not so subtle ‘Spaceman’, we’ve had the good, the bad and the ugly from artists throughout the decades. As a whole, pop culture has rekindled its love affair with space in recent years. With movies like ‘Moonwalkers’, ‘The Last Man on the Moon’ and ‘400 Days’ arriving in cinemas this year alone, Sci-Fi is more buoyant than it has ever been. So, here are the top 5 songs inspired by all things space.

1969 was not all about free love, girls with flowers in their hair and hippie music circles. The summer of ‘69 was the year the world first encountered David Bowie, or more specifically, the first time the world encountered the mysterious Major Tom, who would later make a number of appearances in Bowie’s songs through to the 1980’s. In the eerie and melodic ‘Space Oddity’ Bowie tells the story of Major Tom’s launch into the great unknown. Released just 5 days before the Apollo moon landings, it was a song of pure genius. In 2014, ‘Space Oddity’ was taken to new heights (literally and figuratively) when Commander Chris Hadfield performed a rendition of the song in orbit. 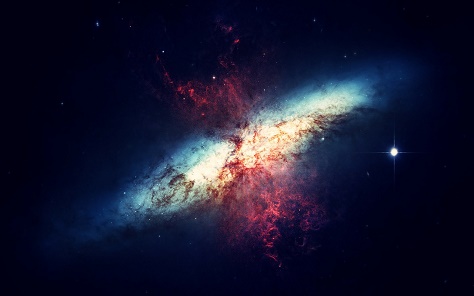 Babylon Zoo may have had a short lived career, with success coming and then disappearing in the blink of an eye, but their 1996 anthem ‘Spaceman’ was an over the top slice of pop magic, fondly remembered by those who encountered the song in clubs and at school discos. Its swirling guitars and robotic vocals were a welcome change from the Spice Girls and Oasis during the summer of that year.

Elton John made no secret of the fact ‘Rocket Man’ was inspired by David Bowie’s ‘Space Oddity’. No apologies were made when it came to the songs blatant references to drug use. Released in 1972, ‘Rocket Man’ is the finest example of Elton John and Bernie Taupin’s professional relationship, with the idea for the song coming after John and Taupin saw a shooting star in the night sky.

Forever irreverent and in familiar comic style, the Beastie Boys ‘Intergalactic’ has made its way into a variety of comic sci-fi shows, including Matt Groening’s ‘Futurama’, since its release. The boys showed us that Sci-Fi can be both snarling and funny at the same time. Most memorably, the video featured a giant robot, looking as if it were lifted from a 1950’s b-movie.