The music industry has long been described as a harsh mistress, and for good reason. For any artist trying to make their way towards some recognition, there are numerous pitfalls to avoid. A good dose of stoicism and perspicacity go a long way. However, even the most seasoned professional can fall short and succumb to the pressures the music industry puts every artist under.

Many new artists on the scene are choosing to bypass the industry altogether, instead concentrating on fan interaction and the traditional gig scene, where it’s often just a matter of bartering with the venue manager for your performance fee. It’s these unique, individual ways artists make their mark that is keeping the industry fresh.

Today, we’re seeing a lot of bands and musicians look at major record labels as goliaths of unfairness, existing simply to chew up talent and then unceremoniously spit it out, leaving artists far worse off than if they’d never signed up to a label in the first place.

Furthermore, in the age of digital downloads, musicians feel that major label aren’t doing enough to protect their artists’ interests when it comes to illegal distribution of their music. In an article titled ‘The Three Biggest Ways Musicians Get Ripped Off’ (for Lateral Action) Russell Brennan wrote of ways artists can succeed without being courted by the major labels, especially reaching that much desired outcome of having fans buy your music. “It’s a big leap to go from hearing a song once to buying an entire album from a band you’ve never heard of. So instead of simply trying to get listeners to buy first time, encourage them to visit your website, get to know you and your music better, and sign up for your mailing list. Getting permission to stay in touch with your fans via email gives you a better chance of selling new releases and filling gigs than any amount of free plays on someone else’s website.” 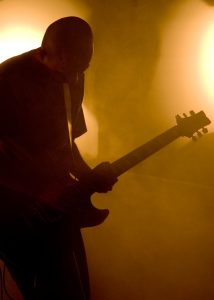 Getting Closer to Your Fans

Two artists who have pushed this notion even further by actively avoiding the industry are Kye and Ryan, members of the upcoming hardcore punk outfit Worthy Victims. “99.9% of labels are greasy corporate shafters, waiting to bend the artist over.” Says Kye, “As far as I’ve seen it through friends and bands that disseminate the attitude of the industry (especially “Major” labels) they are just there to make a quick buck on your art and throw you under the bus when you don’t make back what they gave you. Unfortunately the radio chart toppers have saturated and diminished the value of music as an art form into a mere commodity. Thanks, Jay-Zed!”

Kye and Ryan are in it for the music, the pleasure of creating and playing live are what keep these two fueled. After realising that monetary wealth is very hard to come by, and often a double edged sword, they understood that the greatest success comes through fan interaction and building a solid community. “Our advice to others,” Ryan says, “is to make sure you’re doing it for the love ‘cos there certainly ain’t any money in it. Arrange gig swaps with other bands to build up a network of like minds. Never do a ‘pay-to-play’ gig.”

For their gigs, Kye and Ryan found that putting an effort into creating more unusual promotional materials greatly endeared them to fans. “We gave out some free Worthy Victims bookmarks at our last gig,” explains Ryan. “They went down really well just ‘cos it was something different, and that’s what people want from their bands I think – that extra effort.”

With each passing year, the music industry is transforming, and artists mindsets are transforming along with it. For some, it’s getting harder to understand, but for many, like Kye and Ryan, the artist is becoming more free to choose his or her own path in the industry, finding greater happiness and creative fulfillment when ignoring the allure to sign to major labels.