The Quite Great team  were treated to an unforgettable performance by the Soul Icon Candi Staton at Bestival 2014 , whilst also arranging a great deal of fantastic pr at the festival in between Candi’s amazing live show which really thrilled the public and media alike. The album promotion at radio and press is going really well and Bestival was such a great starting point.

There have been a host of articles raving about Staton’s electric performance at Bestival, including The Daily Telegraph who said Staton, ‘’prowled the stage like a woman half her age’’. The Quite Great Team spent the weekend working hard arranging Candi Staton’s pr whilst also having time to check out a great performance by Foals

Bestival tweeted a video of Staton working the crowd, saying, ‘’The whole site was buzzing’’, and we must admit, so were we.

You can catch videos of Staton performing at Bestival here:

Here are some cheeky snaps of Staton having a ball back stage with the Quite Great girls. 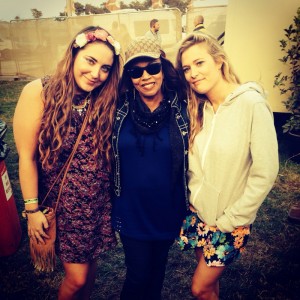 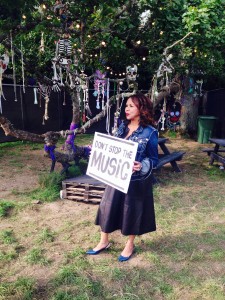 Bestival was incredible and is a truly one of the must go to events on the  British festival scene . We can’t wait to see what they put on next year…it’ll take something spectacular to top this year’s enchanting ensemble.