The music industry is truly rich and varied. Quite Great has worked with so many different artists over the years from far reaching and diverse musical arenas. With a swathe of styles and genres that keep expanding as time goes by, achieving success is only possible by pursuing a well thought out strategy, crafting your talent and, above all else, committing yourself to hard work. Phase 2 Pro, a music producer and artist of Polish origin, now based in London, knows this. He has worked tirelessly to gain recognition and tells us about his musical journey and artistic methods.

His love affair with music began, like most artists, at an early age. “Being born in Poland and moving to the UK at the age of 7 without knowing the language has caused difficulties with communication. At the age of 18 I still felt like an outsider spending majority of my time alone due to my background, mostly. Around that point I was introduced to FL studio, a digital audio workstation. One day I woke up and I just knew this is something I needed to get into as I felt a sense of connection and belonging like I never had before.”

A musical magician who creates complex and otherworldly sounds, Phase 2 Pro has learned to refine and articulate his methodology, trying new styles and if they failed, trying something else. “I used to over complicate my tracks by throwing too many melodies on top of each other” he explains. “Once I began learning about mixing I realised I have too much going on and sonically everything clashed. I made my tracks without taking in mind any room for a vocalist on top of what was going on, also at the same time muddling up and covering beautiful melodies that have no breathing room of their own. Now I make complex music that is simple enough for a listener to digest everything that is going on in the track.” 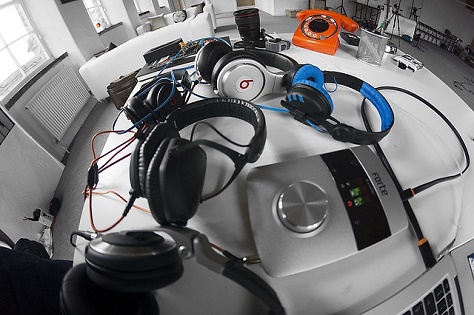 As a music producer, Phase 2 Pro imparts some healthy advice to anyone wishing to get their foot in the door: “In terms of music production, don’t copy or sound like anyone else. At first no artists wanted to work with me as my music was too different. Honestly looking back at it, it was different but not in a good way because I lacked knowledge and experience to bring it to its best. Since then I have stuck to my own sound, developed it through acquiring the tools and knowledge to execute the ideas I had in my head. Now I’m incomparable to any other producer in the world, with my own sound and style I’m confident I can step into any genre and add a new edge that hasn’t been heard of before. I’m just still in the process of building up my hard drive with more tracks before I begin to put them out there.”

On the minutiae of gaining success, he says: “Saying all that, set a goal, try to block out negativity around you and spend time on your craft everyday, moving towards that goal. The way I see it is you have only one chance to make a first impression. Most people want to “blow up” asap. I believe it’s about timing and structuring the moves so there is always a follow up, we see too many artists reach a peak in their career, go quiet for a long time and the comeback doesn’t always put them back to where they left off. Hope you as the reader have picked up useful knowledge and got the gist of this overview.”

Phase 2 Pro’s story is one of constant learning and articulation. He is on an endless journey of artistic discovery.