Now that crowdfunding has truly come of age, it is without doubt one of the best ways for musicians to garner some much needed cash to make their album a reality – especially for unsigned acts. Taking a quick browse through sites like Kickstarter and Indiegogo, you will see countless numbers of artists of all stripes taking advantage of this thoroughly modern method of generating investment capital.

On the surface of it, crowdfunding looks pretty simple, you explain what you need and keep your fingers crossed that people will donate something, but to be successful you need to truly sell yourself. Understand that transparency and creativity are the winning formula which will make your campaign stand out from the crowd.

In 2013, Ben Ottewell, a Brighton based solo artist and former member of the band, Gomez, took to Indiegogo to fund his second solo album. It was a campaign that brought him greater success than he could have ever imagined, getting 157% above his £16,000 fixed goal. In an interview with Indiegogo Ottewell said: “Crowdfunding lends a kind of transparency into making the record that you wouldn’t normally have in the typical record industry releases and I feel long term Gomez followers will really enjoy engaging in this way.”

Fans love to hear about the passion and the hard work that goes into making an album, and if they’re to help out financially, they want to learn about every last detail of the process. 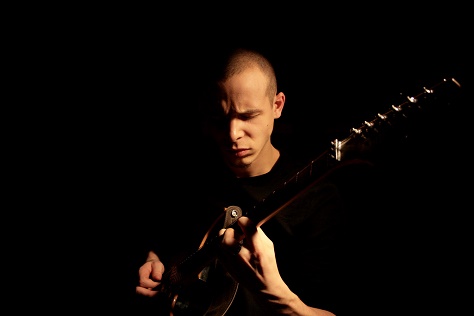 Transparency has to be coupled with a heavy dose of creativity. For artists to truly galvanise all of what crowdfunding has to offer, strategic thinking must be put into action, and this takes the form of incentives for backers. No matter how big a fan they are, people want something for their troubles, and a well thought out gift package will easily turn that £1 donation into a £100 donation.

Another success story comes from the band Protest the Hero, based in Ottawa, Canada, whose campaign to raise funds for their new album brought them 273% above their $125,000 fixed goal, with 8361 backers in total. For Protest the Hero it was an uncertain time. They said: “We had completed all of our obligations to record labels. It was time to go it alone and take control of our careers.”

The band pulled out all the stops for their campaign, creating packages that included limited edition signed vinyl, exclusive tee shirt and pullover designs, a pizza party at one of the band’s houses, invites to the album listening party and for those donating a whopping $5,000, a chance to perform guest vocals or instrumentals on the album.

There’s been no better time for musicians to be their own boss, to have a bit more flexibility and independence within an industry that is often so constricting. With crowdfunding platforms giving artists the chance to make their dreams come true, it just requires the right creative vision and honesty with fans to garner success.