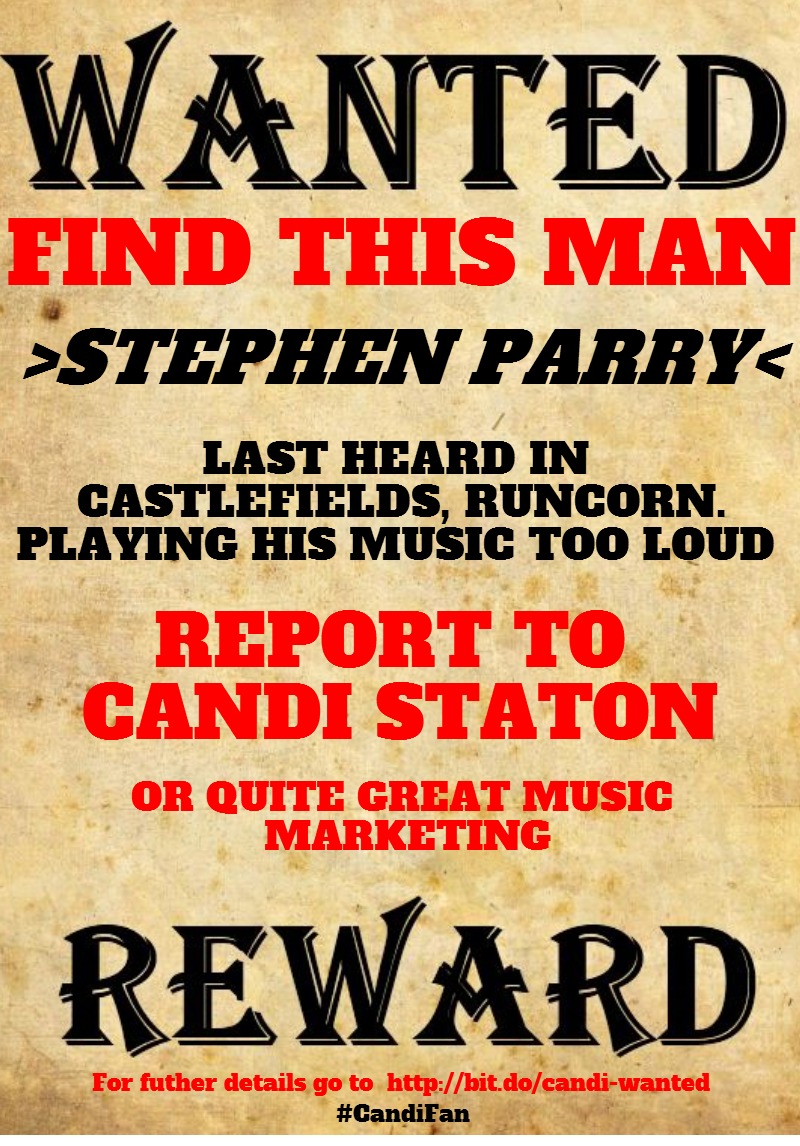 The “First lady of Southern Soul” Candi Staton is trying to track down an ear piercing music fan who was incredibly fined for playing ‘young hearts run free’ to loud in their UK home.

Candi Staton a nominated grammy award singer famous for her classic songs ‘Young hearts run free’ and ‘You’ve got the love’ is on mission to find the man thought to be Stephen Parry, age 42, from Castlefields.

A man by the name of Stephen Parry did not hear music to his ears when he was fined a whopping £400 plus victim surcharge for cranking up his tunes during the day and night. The frustrated neighbours claimed that they could hear the lyrics of songs such as ‘I think we’re alone now’ by Tiffany and ‘Young hearts run free’ by Candi Staton.

Now, music icon Candi Staton has come back with a special message for the fan in a recent clip uploaded to YouTube. She would like to find Stephen and invite him on stage for her upcoming performance at the legendary Jazz Café in Camden, London! Candi has not been able to reach him personally, she asks everyone to share this video so that she can find him for this amazing opportunity!