The music video has been a staple of the music industry since the early 1980’s. With the rise of MTV, we saw artists from Duran Duran to Madonna start to pay a great deal of attention to crafting elaborate, eye-catching gems, that in some cases catapulted artists to global fame in an instant. With the advent of the digital revolution came the further evolution of the music video. With content sharing platforms like YouTube and Vimeo, artists are able to have a no holds barred policy on video creation, from giving their fans mini movies that can sometimes be 20 minutes long, to little teaser videos.

However, as Quite Great has noticed, today fans are after something more intimate, something that has individuality yet doesn’t overshadow the music itself. Many big stars don’t seem to understand this, but for many indie artists out there today, they are acutely aware that fans just want something aesthetically pleasing, but nothing too over the top that devalues the power of the song. That is why short-form video is an indie artist’s best friend, and moreover it’s where they are leading the way, compared to the big music industry establishment, who are finding it hard to understand. 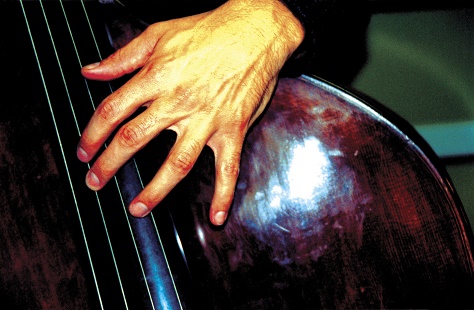 Leading where others are failing

In her article for Midem Blog, Claire Mas writes: “Short-form video continues to grow in importance and the music industry is still struggling to effectively tap into this trend. I continue to badger artists, managers and agents to use short-form video for any announcement: whether it is an album release (with a teaser video), a tour (with an artist shouting out about it) or a music video (using a cut down 20 seconds version for socials). An interesting development in this space is that Facebook may become much more than just the largest marketing funnel, but actually a potential video destination (with their new video search platform) and source of income (the launch of their Rights Manager must mean monetisation is imminent).”

With a number of short-form video additions to the myriad social media sites and other platforms out there, now is the time for artists to take the bull by the horns and continue galvanising this tool. Marketed correctly, your presence online will explode. On specific musicians that have seen the potential in this new and exciting medium, the Icelandic rock band Sigur Ros showed everyone how it’s done. Anish Patel, writing on the storytelling aspects of short-form video, in Venture Beat, mentioned how Instagram’s new Periscope-style video feature, that allows users to view a curated collection of video clips from major events, captured the interest of the band, resulting in an innovative curated video. “Sigur Rós took advantage of this” he writes “by launching an “ever-evolving” video, which collated their fans’ Instagram photos and videos for a continually updated music video. Fans simply tag their content with a designated hashtag to join in and their content gets added to the video. This interactive concept could be duplicated by any brand with a large following, continuously updated, and then shared on Instagram with a branded hashtag.”

With such a vast variety of video making tools, that range from free to costing just a few pounds, there really has been no better time for artists to just go forth and create, becoming short-form video masters. Furthermore, with the big honchos of the music industry lagging behind, it’s time for indie artists to take the baton and launch a new movement where both artists and fans can benefit exponentially.