‘Rolling in the Deep’ creator Adele managed to cause mayhem across the country last weekend, as a thirty-second clip of a long awaited new track was played during the ad break during The X Factor. Less than a week later, she has revealed the release date for her highly anticipated new studio album – 25. 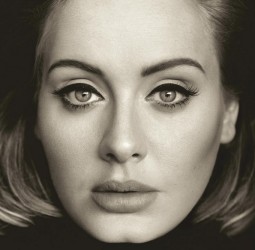 The superstar shared a photograph of herself via Instagram this afternoon, and told her followers that it will be released on 20th November. This is her first ever Instagram post and in her first day on the platform she has already obtained 45k+ followers.

Adele recently compared ’25’ to her last record, ’21’, and told fans that it really shows where she’s at now in her life:

“My last record was a break-up record and if I had to label this one I would call it a make-up record. I’m making up with myself. Making up for lost time. Making up for everything I ever did and never did. But I haven’t got time to hold onto the crumbs of my past like I used to. What’s done is done.”

She added: “Turning 25 was a turning point for me, slap bang in the middle of my twenties. Teetering on the edge of being an old adolescent and a fully-fledged adult, I made the decision to go into becoming who I’m going to be forever without a removal van full of my old junk.”

We can’t wait to hear the new album!